TACK-TILES®; Braille System core sets all consist of 320 Tack-Tiles®, four large support slates (8 rows of twenty places), two smaller support slates (4 rows of 10 places), and soft sided shoulder brief case with additional pockets for your papers. cell phone etc. The 320 tiles represent every possible dot combination known to braille and include a number of smooth surfaced TACK-TILES® . The English, Spanish, and French sets include five of each of the sixty four possibilities. The math sets and the music sets contain as many as ten of the frequently needed tiles, and as few as one of the less often needed tiles. The price among differently coded sets of TACK-TILES®; Braille Systems does not vary. 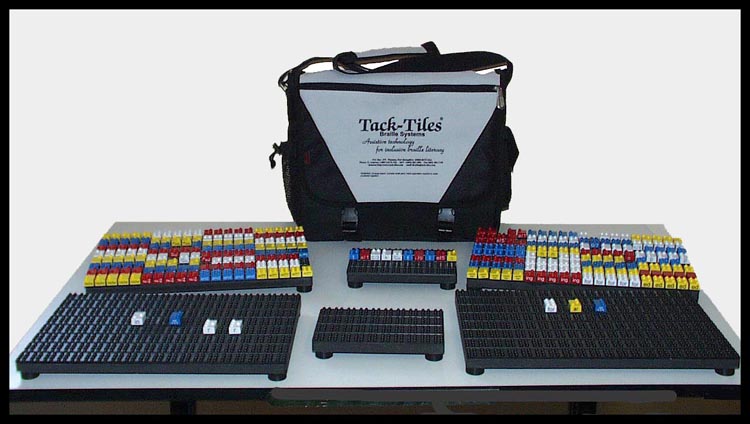